Attributing a particular level of difficulty to an orchestral piece is awkward!
A piece may be easy for the strings but difficult for the brass; it may feature a tricky instrumental solo but the other parts may be relatively straight forward. A number of the arrangements listed are designed to simplify works to some extent but composers of many original works featured did not consider difficulty when writing them. What our levels mean:
A = for players up to UK Grade 3
B = Grade 3 to 5
C = Grade 4 to 6
D = Grade 5 to 7
E = Grade 6 to 8
F = Grade 7 and over
Our gradings should be taken only as a rough guide.
To be sure if a piece is suitable for you, take a look at the score. 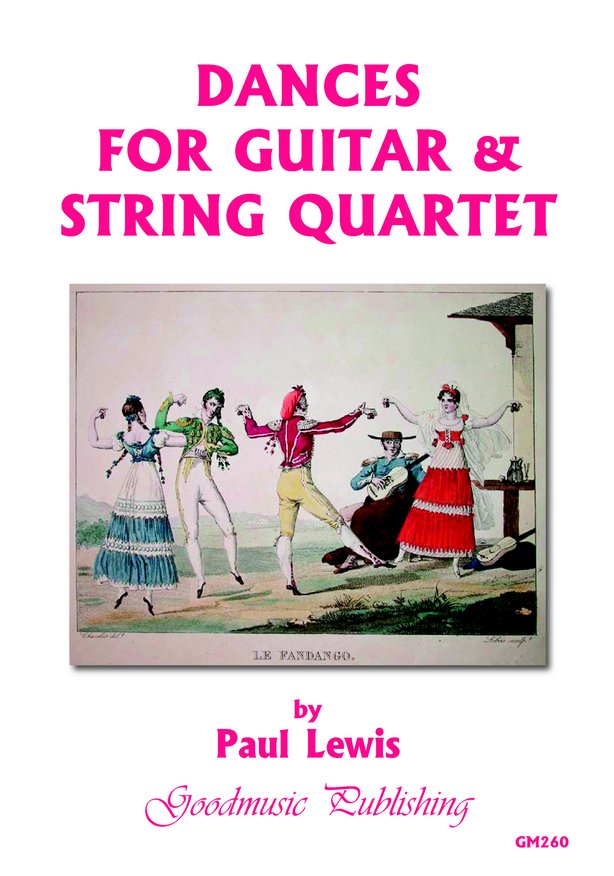 In 1997 guitar virtuoso John Mills asked me to write a piece to conclude his 50th birthday concert that would "bring the house down". The result was this dance suite.
The first movement, Slow Waltz, was composed in the French countryside, which perhaps accounts for its languorous romanticism - a mood that comes over me whenever I so much as think of France.
Tango (Homage to Piazzolla) was the result of a long-held desire to write something in Brazilian style.
The work ends with a fiery and energetic Fandango. A rhythmic ostinato minor key drone propels the music forward, but the guitar twice breaks into uninhibited major key strumming with the characteristically Hispanic alternation of 6/8 and 3/4. The second time the lead violin joins in with a joyful tune in folk-dance style which is eventually dismissed by a 3-note motif, ECB, the defining notes of my favourite C major seventh chord and the initials of a secret amour at the time of composing. The motif is repeated obsessively until it drives the music to a thrilling conclusion which did, as John Mills had requested, bring the house down! Paul Lewis

First performed by John Mills with a string quartet led by Susanna Candlin at London's Wigmore Hall on September 13th, 1997