SONG OF THE FRAGRANT ORCHID by Peter Lawson
for soprano, clarinet and piano
Goodmusic GM078

As an alternative to having a lovely printed copy sent to you, for this title you can buy it as a DIGITAL DOWNLOAD which you can print out yourself. This is in the form of a PDF file which you will be able to download to your computer or device immediately after purchase together with a licence authorising the use of the file for one copy only. You will have 14 days to download the file, after which it will no longer be accessible to you online. Should you need more than one copy (such as for a choir or orchestra) then you must purchase as many "copies" as you need; you will still only have one file to download but the licence will authorise the number of copies purchased. If you buy multiple copies you are allowed to print only up to that number of copies. Alternatively, you can share the file electronically instead; but the total number of prints and shared electronic copies must not exceed the number purchased.

Attributing a particular level of difficulty to an orchestral piece is awkward!
A piece may be easy for the strings but difficult for the brass; it may feature a tricky instrumental solo but the other parts may be relatively straight forward. A number of the arrangements listed are designed to simplify works to some extent but composers of many original works featured did not consider difficulty when writing them. What our levels mean:
A = for players up to UK Grade 3
B = Grade 3 to 5
C = Grade 4 to 6
D = Grade 5 to 7
E = Grade 6 to 8
F = Grade 7 and over
Our gradings should be taken only as a rough guide.
To be sure if a piece is suitable for you, take a look at the score. 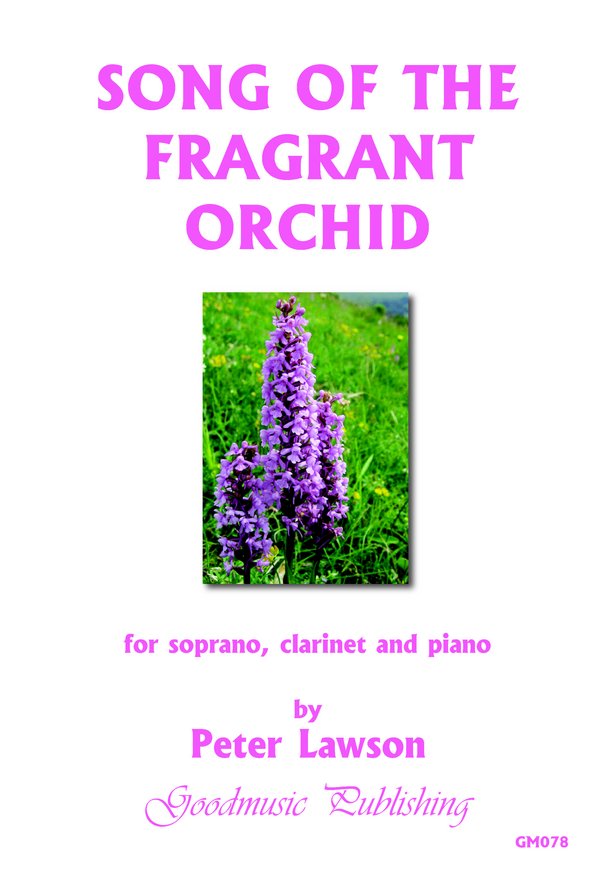 The Song of the Fragrant Orchid was completed in 1986. It is dedicated to Frances Ann Brookes and Damaris Wollen who took part in its first performance in London, which was accompanied by myself. It was the eighth to be written in a cycle of instrumental and orchestral depictions of the forty-eight wild orchids of Britain and Ireland, of which twenty-nine have been composed to date. It also exists, in a slightly more eccentric version, for soprano, violin and piano as the Song of the Marsh Fragrant Orchid (GM079), which is a more localised variant which is arguably not fragrant at all, as it smells of cloves. In both versions, the soprano sings without words, at times indulging in a degree of vocal acrobatics.

The Fragrant Orchid (Gymnadenia conopsea) is a familiar sight in meadows and downs and has a fairly loose spike of sweetly-scented pink, sometimes white, flowers. The downland connotations with England inspired the Elgarian germ from which the piece grows. It consists of two continuous sections. The first of these is intended to evoke, to some extent, our impressions of the orchid and the second is, fancifully, the ‘song’ of the orchid itself - intoxicated, as it were, in its own perfume. Peter Lawson
Duration 7 minutes